I’m Not a Virus, I’m a Human Being 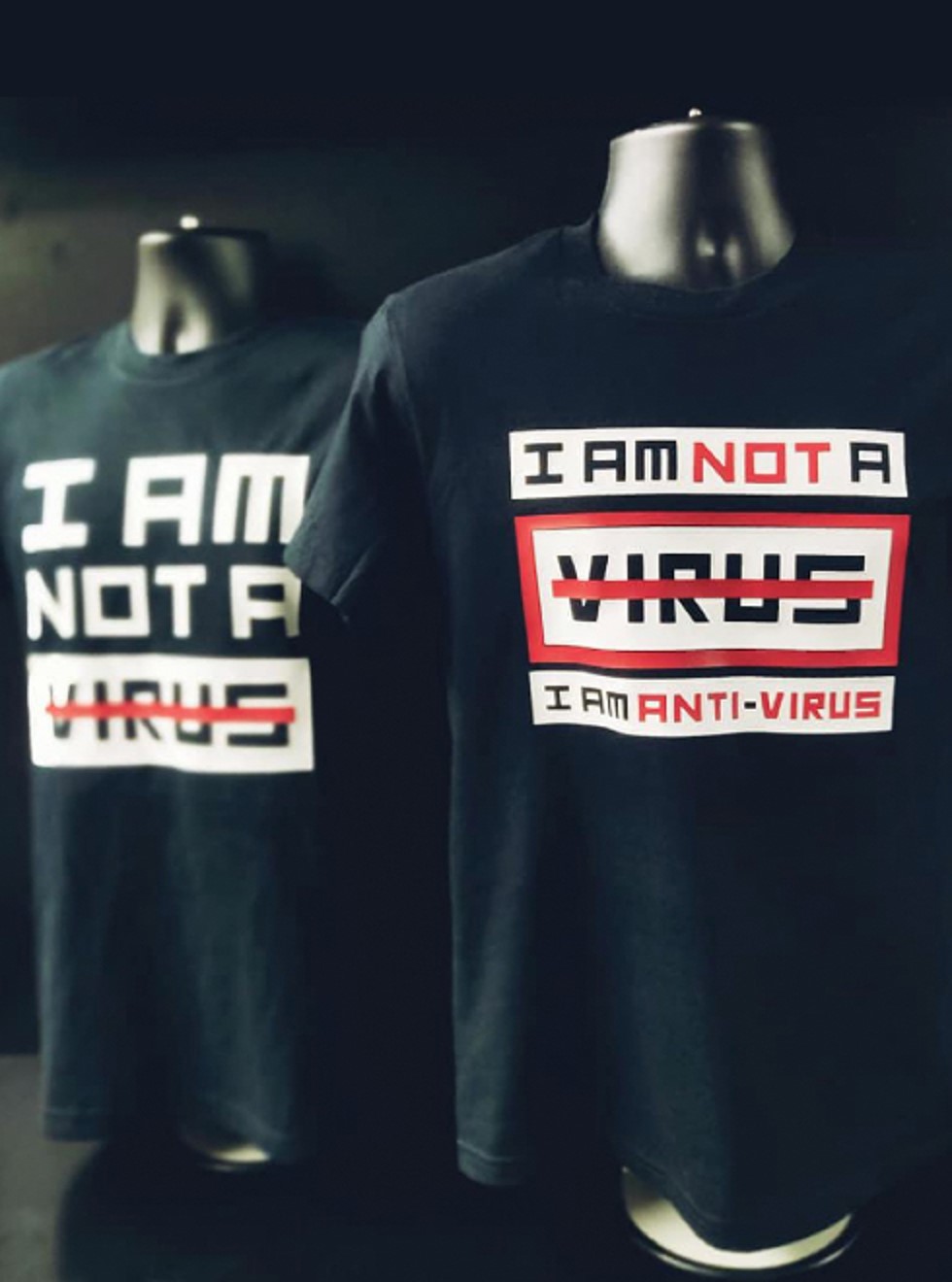 On a weekend afternoon, I enjoyed basking in the sunshine, waiting in line in front of Walmart. As an immigrant from China who is actively responding to the government’s call, I was wearing a mask, was keeping a six-foot distance, and even had my own disposable gloves ready. I thought I had done my best to protect others and myself. The weather was perfect, and I was in a very good mood.

When the store opened, I was pushing my shopping cart down the main aisle, looking for the big sorting signs on both sides of the shelves, when suddenly one of the people in front of me stopped. She turned back towards me and barked at me, “Six feet! You need to stay six feet away from me! Get away from me!” I was baffled by this unexpected rebuke.  As she shouted, she took a few steps toward me, and suddenly I realized there was still a shopping cart between us. That Walmart shopping cart was at least three feet long and there was still space between her cart and mine. So wasn’t there six feet between us? But before I had time to respond, she turned away to go down the next aisle.

I stopped, put my shopping cart in a proper spot, and headed in her direction. I wondered if the sudden accusation was simply because people get more nervous during the COVID-19 or if this was more personal. I could see from a distance that as she was picking items off the shelves, there was an unmasked White family picking out merchandisevery close to her. Yet, I didn’t see any tension or discomfort on her face. Feeling angry, I took out my phone, recorded the scene, and was about to walk up to her and defend myself against the unfair accusation. When the lady saw me, she left quickly. Maybe she saw the anger on my face; maybe she sensed what I wanted to do next.

I didn’t try to catch her, but I’m still thinking about why that woman reacted the way she did. It reminded me that one of my Chinese friends told me that an employee at a grocery store treated her differently when coronavirus first hit the US. Unlike other customers, she was asked by the cashier to sanitize all the items she had touched before checking out. There were also news stories about Chinese people in New York being beaten up by people of other ethnicities. Some people have even reported that passers-by have shouted: “Chinese virus, go back to China.”

Why did this situation arise? I think this is the official consequence of the current administration irresponsibly calling coronavirus the “Chinese Virus.” Many politicians are even openly talking about the “Chinese virus” on Twitter. I believe it’s a stigmatizing name that leads to discrimination against Chinese people and Asian-Americans. As the World Health Organization openly stated on Twitter: “Stigma occurs when people negatively associate an infectious disease with a specific population. This means that people are being labelled, stereotyped, separated and/or experience loss of status and discrimination because of a potential negative affiliation with COVID-19.”

I usually try to think of others with kindness, even if I’ve been treated unfairly. You never know what the person next to you is going through, what illness is afflicting her, or what medication she is using that is causing her behavior. But at this point, I have to ask can you honestly tell me that Chinese people are not being unfairly targeted today in the US?

The day of my encounter with the angry shopper, I came out of the Walmart and the sky was still beautiful, but my mood was no longer beautiful. So I ask each of you to remember: I am not a virus, I am a human being.

Meng Ling: I am an immigrant from China and have been living in the United States for four years. In these four years, I have experienced the differences in culture and lifestyle between China and the US, but I think we both have something to learn from each other. I finished my college education in China many years ago, but this fall I will be going to Clark University in the United States to get another degree. I think learning is a lifelong process. I’m working towards that as well.