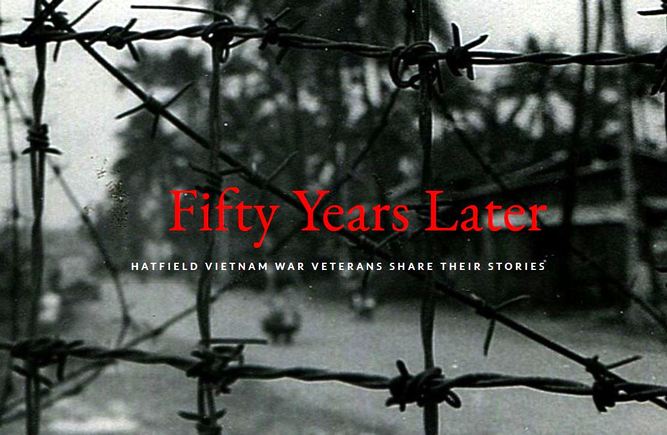 This digital exhibit (hatfieldvietnam.weebly.com) showcases the audio stories of 10 veterans who served in-country during the Vietnam War and one nurse who served during the War at Travis Air Force Base, CA. In most cases, the stories have never before been told outside veterans’ circles or close family. Have you ever wondered what it would be like to be an 18 to 21 year old sent to war in Vietnam? Or to have your son or daughter sent? These stories, in the veterans’ own words, will give you a small window into their experience. If you were there yourself, see how your time there differed, or was similar. Including veterans’ photos and links to songs of the era.

Funded, in part, by a Veterans Preservation Grant from Mass. SHRAB (the State Historical Records Advisory Board).