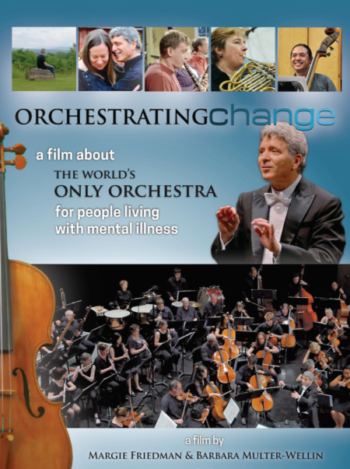 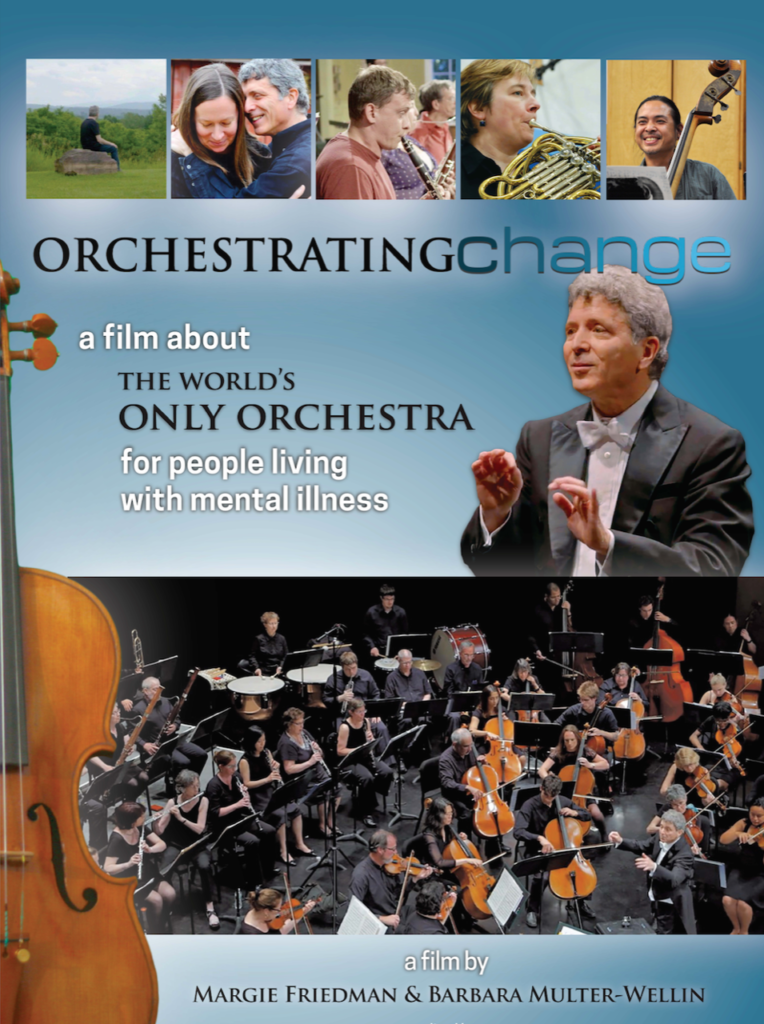 Orchestrating Change is a documentary film that tells the inspiring story of the only classical music organization in the world created by and for people living with mental illness and those who support them. The mission of Me2/Orchestra is to erase stigma one concert at a time.  This amazing film, which received a film distribution grant from Mass Humanities and which was created by two Emmy award-winning filmmakers, will be premiering on public television stations across the country this fall in partnership with PBS station KTWU and American Public Television.

You are invited to join Mass Humanities on June 26 from 7:00 – 8:15 pm for a free, online event to preview clips of the film and to listen to a panel conversation, followed by a Q & A, with Margie Friedman and Barbara Multer-Wellin (the filmmakers) and members of the Me2/Orchestra, including Ronald Braunstein (Music Director), Caroline Whiddon (Executive Director) and Sandy (Flutist).

Braunstein was on a trajectory to being one of the world’s leading conductors until he made his diagnosis of bipolar disorder public. His once meteoric career plummeted and he was shunned by the classical music community. Nearly destitute and fearing he would never conduct again, he co-founded Me2/Orchestra along with his wife, Caroline Whiddon. There are now two orchestras — one in Burlington, VT and a second in Boston – that are transforming these musicians’ lives in ways they never imagined.

To register for this event, please click here.  Registration will be open until June 26 at 5:30 pm.