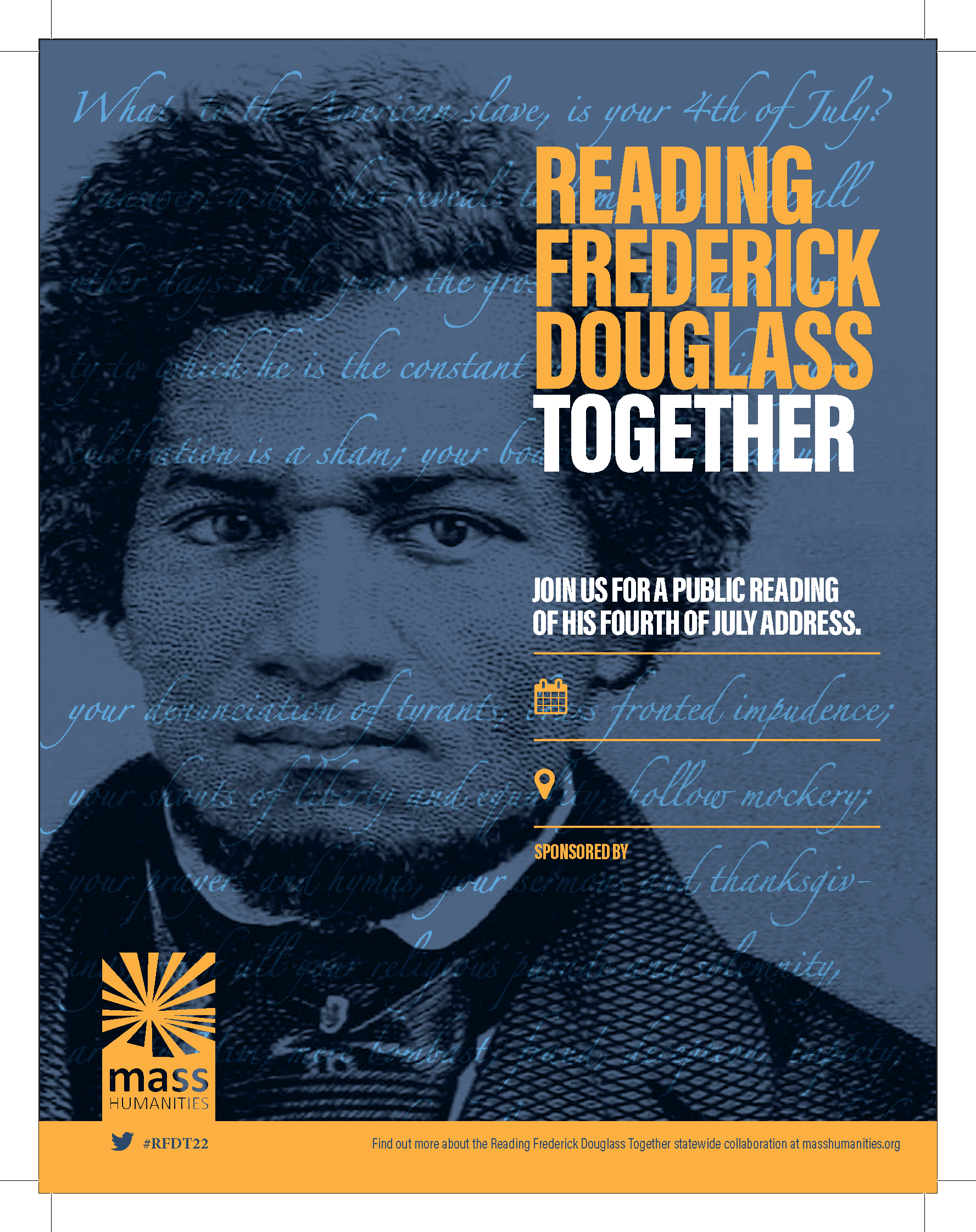 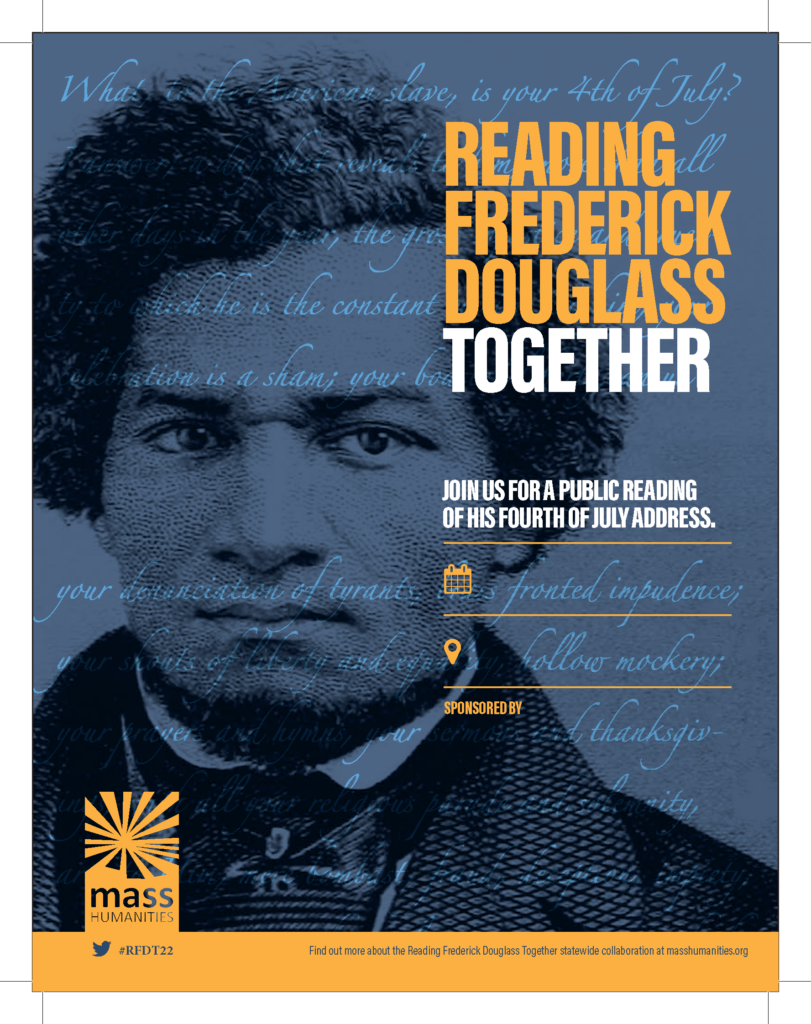 Join us as The Wayside Inn Foundation hosts Reading Frederick Douglass Together on Saturday, June 25th at 10:00 am. The program is funded, in part, by a grant from Mass Humanities as part of an initiative to bring communities together to read Douglass’s 1852 address, “What to the Slave is the Fourth of July?”

On the morning of the event, readers will gather on the patio of Longfellow’s Wayside Inn to read the address (sections will be assigned in advance). Afterward, a light continental breakfast will be served and participants will break up into small groups to informally discuss Douglass’s speech and how it continues to shape our country. Frederick Douglass escaped from slavery in 1838 and lived for many years in Massachusetts. He delivered the Fourth of July speech on July 5, 1852, in Rochester, New York, to the Rochester Ladies’ Anti-Slavery Society. The most celebrated orator of his day, Douglass’s powerful language, resolute denunciations of slavery, and forceful examination of the Constitution challenge us to think about the histories we tell, the values they teach, and if our actions match our aspirations.

Henry Wadsworth Longfellow, the namesake of Longfellow’s Wayside Inn, and Douglass found inspiration in one another’s words. Douglass quoted Longfellow’s 1839 poem “A Psalm of Life” in his 1852 address; and Longfellow reflected on Douglass’s words after seeing him speak in April 1860, the echoes of which can be found in his famous poem, “Paul Revere’s Ride” (later included in Tales of a Wayside Inn).

We invite all members of our community to join in this free public reading and discussion of Douglass’s famous speech. Volunteer readers may sign up HERE.