I never cared too much about the justice system in this country. I only had a minor interaction with it until I fell in love with a felon who would subsequently reoffend. To be clear, that label is not all that he is, nor does it define him. It does follow him though, and because of it I would get an education I didn’t plan on, and a burning desire to learn all I possibly could about the criminal INjustice system and those most affected by it in this country.

I didn’t plan on getting an intimate view of the inner workings of the criminal justice system, a courtroom, or a grand jury room. The worst thing I’d been caught for was a shoplifting incident as a teen. I had long given up childhood dreams of becoming a lawyer when I found out how many extra years of school I would have had to do. My knowledge was limited in this arena. When my partner was arrested, and held on an egregious bail, everything around me crumbled.

The criminal justice system in the United States is a circus no one wants a ticket to. As a family member of an accused person, you are immediately guilty by association.

He was arrested at our home, then taken to the police station and processed. He spent the night at the station and was brought to court in the morning. There was an arraignment, and he was assigned an overworked, underpaid, and uninterested attorney. (That is another story for another time.) The attorney requested bail. Bail is a lot more than we have, so I started drowning. I treaded water for eight months. I was barely staying afloat with our two kids, saving every penny and begging relatives and sometimes strangers for help. Eventually I scraped together enough to post bail and reunite our family.

Now home, he found his case repeatedly delayed, caught up in the legal maelstrom that was the Annie Dookhan drug lab scandal, so we put one foot in front of the other in three-month cycles. Each time, we prepared to say the last goodbye and on at least four or five occasions, we had that cycle of trauma reset due to another continuation for the prosecution.

If there is a Purgatory, we were in it. There is no help, and no support when you are entangled in the limbo of the legal system. “Innocent before proven guilty” is a fallacy, a disgusting lie we tell ourselves–it is not true, especially if you are Black or Brown. Everyone judges the accused and anyone that circles around them.

When his case was settled and he was sentenced, I thought I escaped from the clutches of the legal kraken. I was so wrong. There is a special kind of pain that comes with mourning the loss of someone who is very much alive and in the custody of the Department of Corrections. Corrections is a funny word to describe gladiator school, but I digress. Our journey with the penal system would be a whole different monster entirely.

I could write a book about everything I didn’t know, like how bail actually works, or what it’s like visiting a maximum security prison while nursing an exclusively breastfed baby. But those things are secondary to the startling facts I’ve learned.

One in four women in the United States has been directly impacted by mass incarceration. That number is itself overwhelming, but the statistics for Black women are even more bleak. When it comes to this group, one out of two, that is to say fifty percent, have been negatively affected by the loss of a loved one due to incarceration.

Women, and by extension their children, are left behind, and tasked with the obstacles of moving forward, maintaining access to shelter and food, and now the new cost of loving someone behind the wall. Not to mention the obstacles related to accessing quality mental health care to combat the trauma of losing someone they love. It shouldn’t be a shock that there are no programs to support the families left behind, and there are no programs available to help reintegrate returning citizens.

It is extremely expensive to love someone behind the wall. Whether it is a phone call, video visit or email, paying for every means of communication falls to the family left behind. Yes, there is always the option of mail which is decidedly cheaper, but it takes longer. What many people do not know is that many incarcerated people are no longer entitled to receive the physical mail that is sent to them. In most places across this country and in federal facilities, mail is photocopied and stored. Inmates receive the copies. The official reasoning is to stop contraband from entering facilities. However, statistics show that jail and prison staff present a far bigger risk of introduction than mail.

None of the official reasoning mentions the kickbacks received by the state and local governments for participating in phone and video visit programs. These kickbacks are factored into jail and prison budgets, which means families already paying taxes for these infrastructure services, are being doubly taxed on the back end. The impact is the further dehumanization of people incarcerated and those who love them and want to stay connected. This is a gross miscarriage of justice.

My partner has been back in the world for over four years. Even now, we still deal with the vestiges of his time away. The struggles he has faced and that we have faced as a family and couple since his return have brought into sharp focus the enormous need for agencies that can help families. Equally important are groups and support professionals who can assist in the reintegration, so that the cycles of poverty and trauma that continue to fill our prisons with nonviolent offenders are ended, and new paths to peace and prosperity can be forged.

Even though my loved one is now home, my fight is not over. I am still searching for a refuge and solace in this storm. We must support organizations and individuals doing the work to break the cycles of incarceration. It’s not bad enough that women, especially Black women, are disproportionately overwhelmed by this epidemic of incarceration; they are now becoming the fastest growing group of newly incarcerated people. If we do not get this under control by breaking some of the systems in place that have caused these problems, we are doomed.

If all of the mothers and all of the fathers are caged, who will take care of the children?

Every generation leaves behind a legacy. What that legacy will be is determined by the people of that generation. What legacy do we want to leave behind?

What Will Our Legacy Be? Renee Dingman Springfield

To build a safe and harmonious community, I think about making my own contributions like others do. 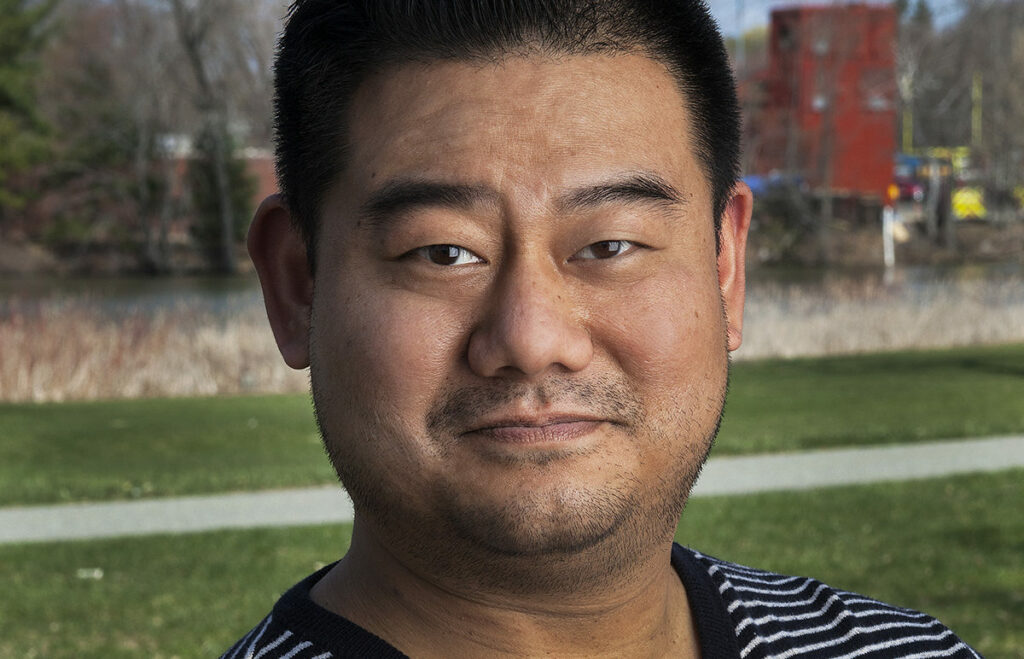