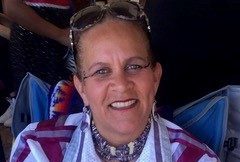 How can a dream inspire an entire nation’s language revitalization movement? If you ask jessie little doe baird of the Mashpee Wampanoag Tribe that question, she will talk about a series of dreams she began having in her mid-20s while a young mother. In her dreams she saw people who seemed familiar and even looked like people she knew, but they were saying something she could not understand. Then one day while driving, her attention was drawn to the street names she was passing. Something clicked. She knew the street names were Wampanoag words, but now she understood that the words in her dreams sounded like the street names. She interpreted her dreams as a call from her ancestors to ask contemporary Wampanoag community members whether they were ready to welcome the return of their language.

She was encouraged to find resounding community enthusiasm among the Wampanoag Tribes. She also was welcomed by Algonquian language scholars at the Massachusetts Institute of Technology, who offered her first a research fellowship and then a scholarship to earn her master’s degree in linguistics. Over the next four years, while raising four young children, jessie traveled four hours a day to attend classes and collaborate with MIT linguist Kenneth Hale. Her task of reviving Wampanoag was facilitated by the fact that as early as the 1650s Wampanoag was recorded in written texts including a translated Bible, letters, public records, place names, and Wampanoag words that were borrowed into English. It was, in fact, the first native language to use an alphabetic writing system.

jessie understood that simply studying and comprehending the words on paper did not constitute a language. A language lives through the people who speak it. So Baird founded the Wôpanâak Language Reclamation Project (WLRP). WLRP have invited the community to learn their language in classes and family camps and a language immersion school that resides on the ancestral lands of the Mashpee Wampanoag Tribe. WLRP has reawakened a language that had gone silent for generations, and it has realized jessie’s dream: to bring her language back into daily life. WLRP’s Wampanoag dictionary now holds more than 11,000 entries and her work is not done; she’s quick to say it may never be done.

Today, jessie and her husband, Jason Baird, who also is fluent, are raising their daughter, Mae Alice, in Wampanoag and have several grandchildren that are also speaking the language. Mae Alice was the first native speaker in seven generations. Earlier this year jessie was named one of USA Today’s Women of the Century for her work and the substantial impact she has made on her community.