We create opportunities for the people of Massachusetts to transform their lives and build a more equitable commonwealth through the humanities.

We do this through grants, programs, and partnerships with nonprofits around the Bay State. Our work is made possible by the National Endowment for the Humanities, Mass Cultural Council, and the generosity of our donors.

We support a thriving humanities ecosystem in Massachusetts. Humanities organizations and institutions serve towns and cities in every corner of the Commonwealth, creating free public events, innovative digital projects, and community conversations that bring people together to understand our shared lives and diverse traditions.

What are the Humanities?

The humanities are the cornerstones of our democracy, the tools by which we comprehend the past, forge new ideas, and express ourselves as participants in a free society. History, literature, and philosophy help us respond to essential questions: What is the right thing to do? What do I owe to my family, my community, my country?  When we come together to address these questions, to learn and share our stories, we practice the public humanities.

Our Strategic Plan establishes the organization’s values and goals as we approach our 50th anniversary in 2024. Responding to the ideas offered through extensive engagement with our stakeholders, the plan calls on Mass Humanities to implement seven key initiatives, with annual outcomes set for each of the three years.  At this pivotal point in the evolution of our democracy, we believe the humanities, created by and for the people, can lay the groundwork for a better future.

Our Impact in Massachusetts

Each year, Mass Humanities supports hundreds of projects across the state through grants, strategic partnerships and our signature programs. In 2020, our work served more than 50 Massachusetts communities. 2020 Annual Report 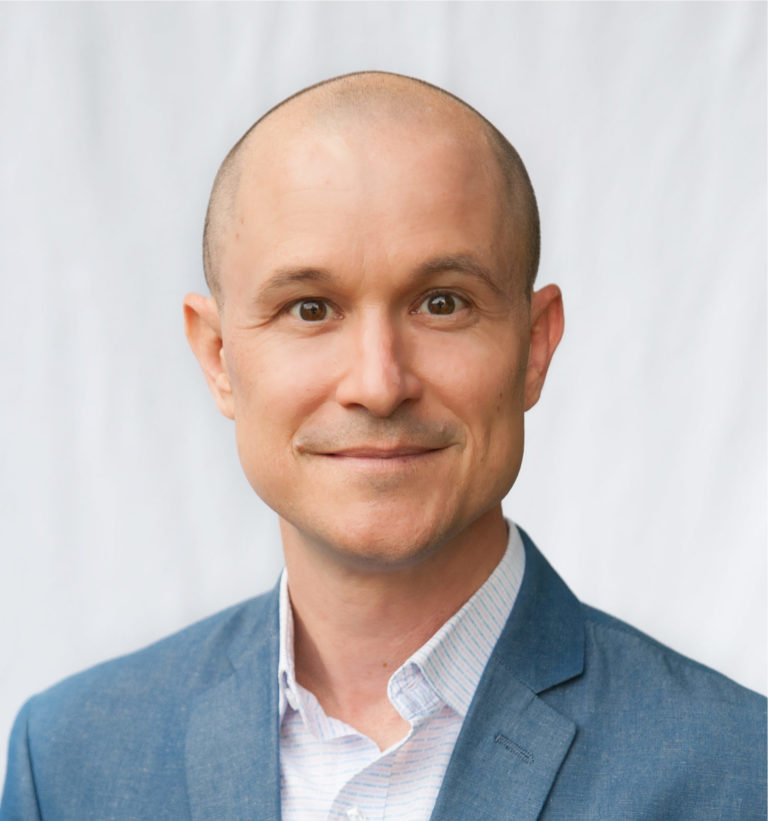 bboyles@masshumanities.org
413-584-8440, ext. 100
413-203-6238-Direct Line
Brian leads Mass Humanities, working with communities, scholars, and supporters to advance the council’s mission. Brian joined the organization in 2018 following 11 years at the Louisiana Endowment for the Humanities, where he served as publisher for 64 Parishes magazine and directed public events at the Louisiana Humanities Center. Along with leading partnerships with the Smithsonian Institution, the Coastal Restoration and Protection Authority of Louisiana, and the New Orleans Film Festival, he is a past contributor to Oxford-American, Vice.com, The Brooklyn Rail, Commonwealth Magazine, and the Daily Hampshire-Gazette. A graduate of Tulane University, he lives in Leverett with his wife and two children. Follow him on twitter @brianwboyles. 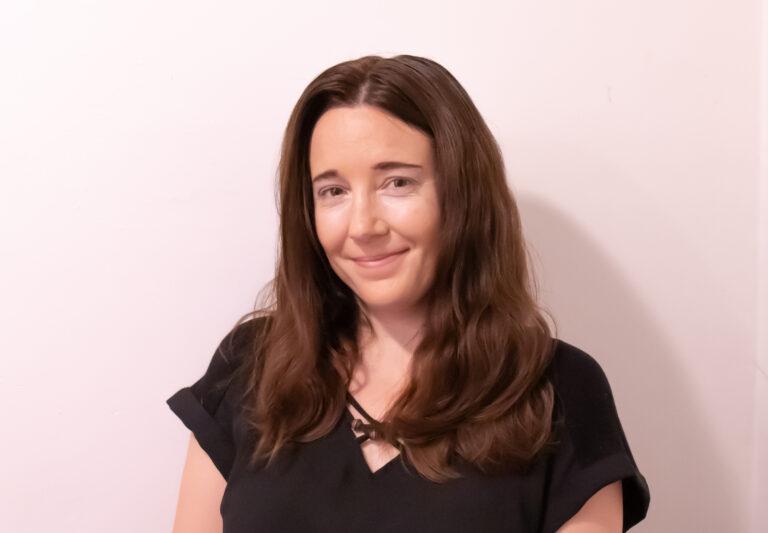 jatwood@masshumanities.org
413-584-8440 ext. 106
413-203-6366-Direct Line
Jen Atwood is originally from California and has a in B.A in Technical Theater and an M.S. in Arts Management.  Jen previously was the Manager of the Local Cultural Council Program at Mass Cultural Council and Director of East Somerville Main Streets and has experience with community development, local partnerships and volunteer management.  Jen loves working with Massachusetts communities and telling their stories through a cultural lens. 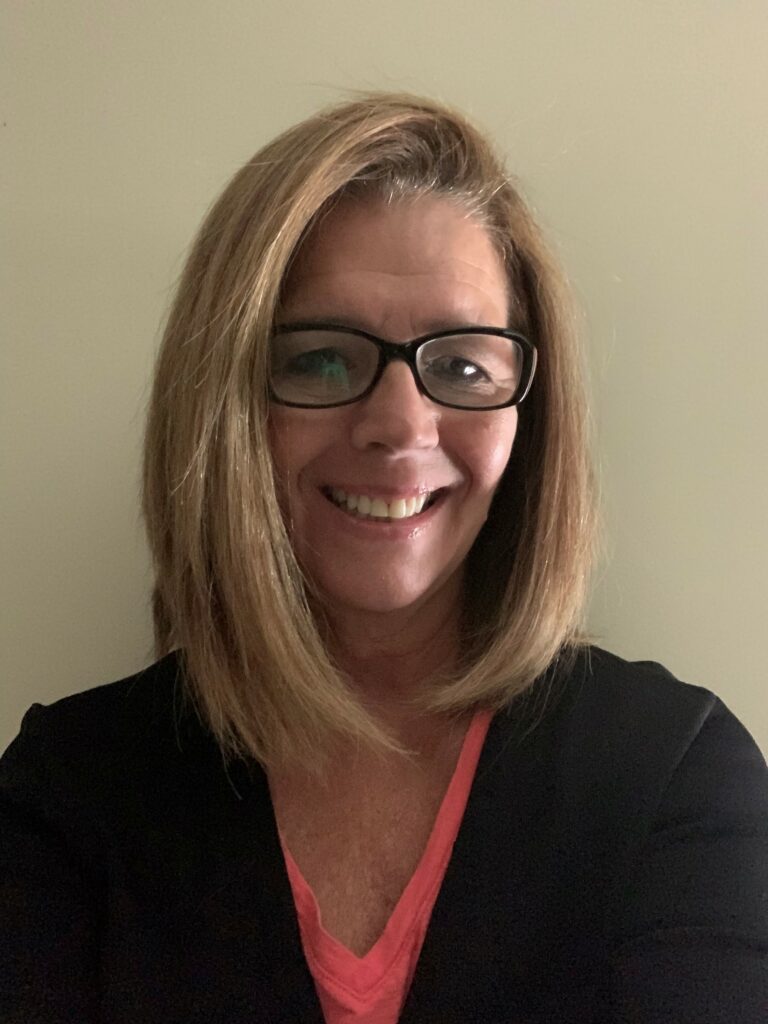 dfeltner@masshumanities.org
413-584-8440, ext. 101
413-203-6239 Direct Line
Diane Feltner was born and raised in Cambridge, Massachusetts, and currently resides in Ware. Diane previously worked in the Ware Public School system as an afterschool program coordinator and most recently as an Executive Assistant with Ascentria Care Alliance in Worcester. She received her BA from Baypath University and a Master’s Degree in Business from Nichols College in Dudley. 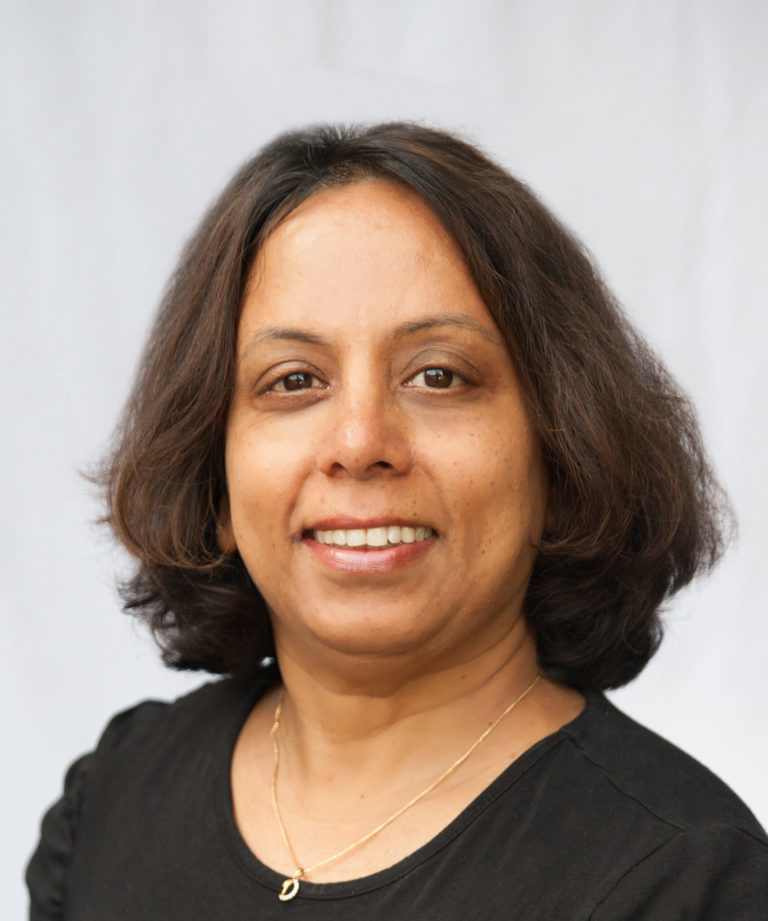 dfernandes@masshumanities.org
413-584-8440, ext. 108
413-203-6373
Deepika is the Fiscal Officer. She manages accounting, budgeting, human resources and all of the Foundation’s financial systems. 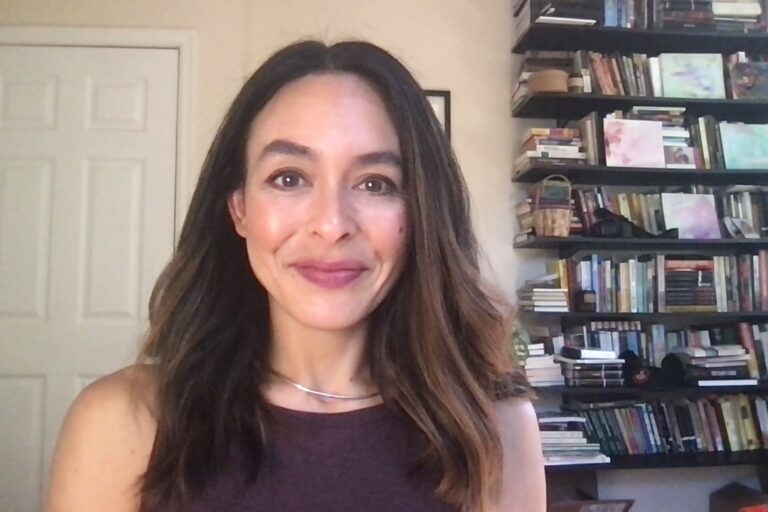 gocasion@masshumanities.org
413-584-8440 ext. 107
413-203-6370-Direct Line
Gina is originally from California but now calls Western Massachusetts home. She received her doctorate in English and American Studies at the University of Massachusetts Amherst in 2016. She was part of the founding faculty for The Clemente Course in Springfield, MA, and became the Academic Director in 2018. Gina is passionate about open access education and as the Clemente Program Coordinator she works to support the student scholars, faculty, and host institutions that make each Clemente site successful. 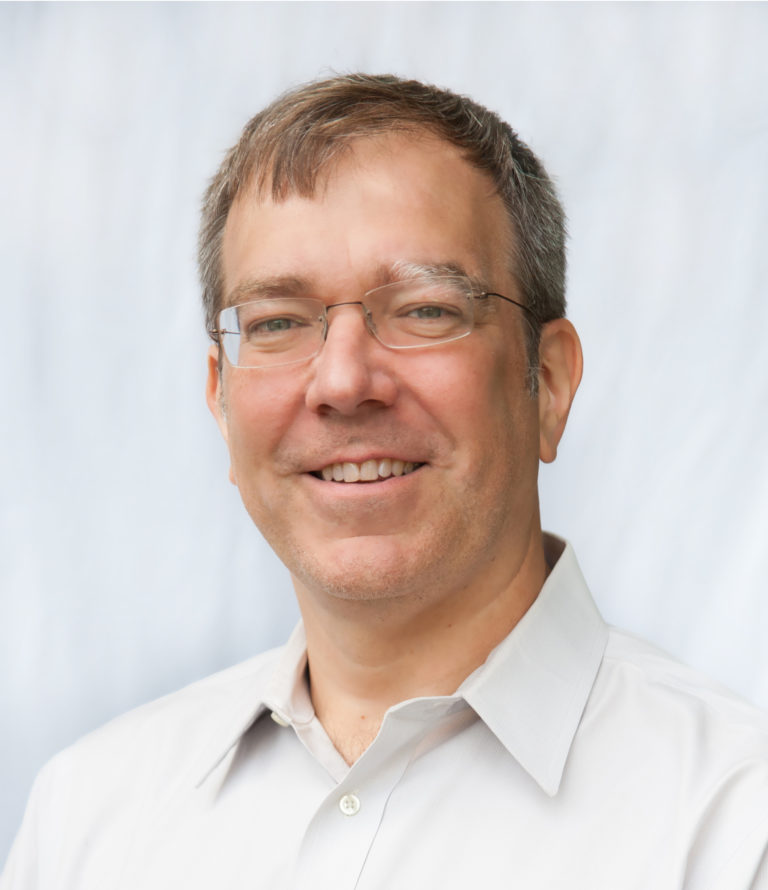 jsieracki@masshumanities.org
413-584-8440, ext. 104
413-203-6351-Direct Line
John represents Mass Humanities in donor relations and oversees all aspects of Development and Communications, including the Governor’s Awards dinner and campaign fundraising. He earned a BA in English from the University of Delaware and an MFA in Poetry from UMass Amherst. 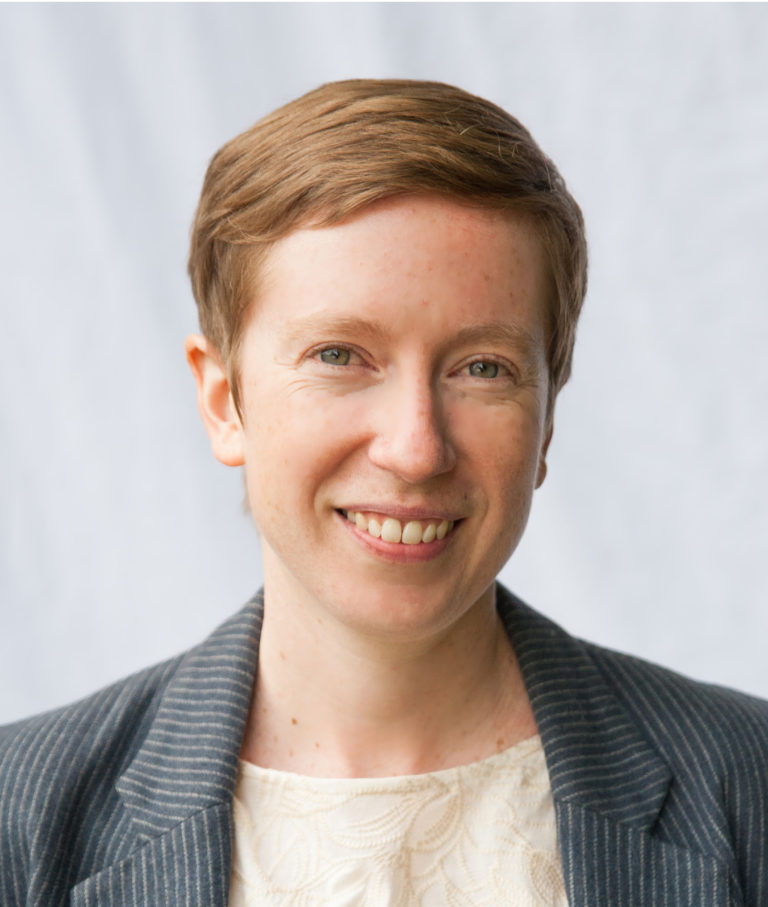 kstevens@masshumanities.org
413-584-8440, ext. 103
413-203-6242-Direct Line
Katherine guides grant applicants through the application process and manages the Reading Frederick Douglass Together program. She earned her PhD in American Studies from Harvard University and BA in History from Washington University in St. Louis. 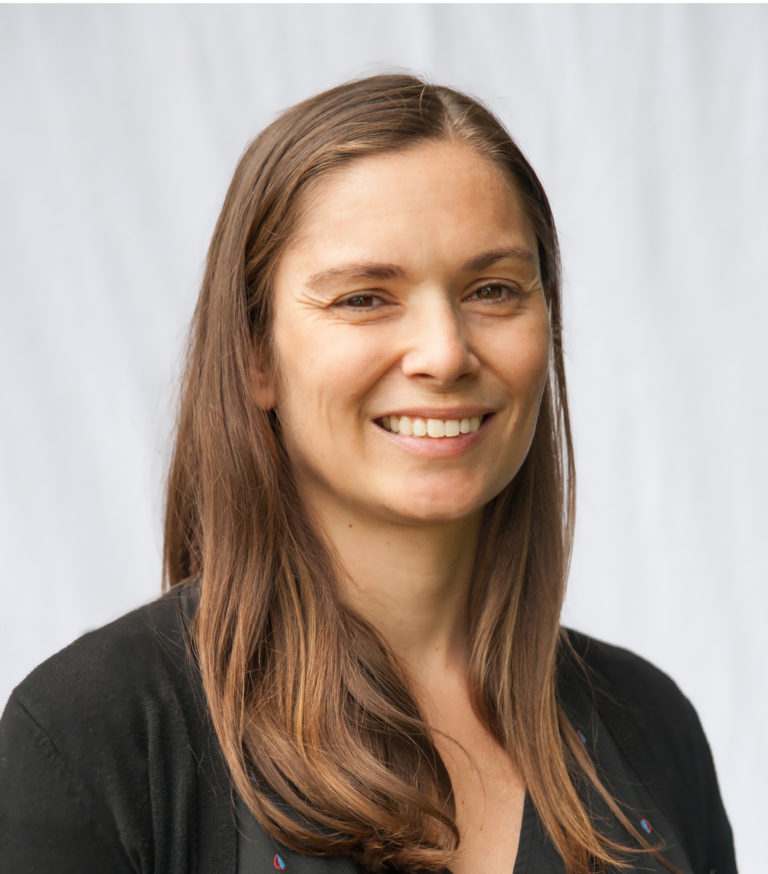 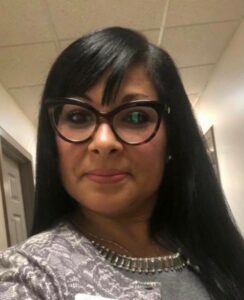 ezavala@masshumanities.org
413-584-8440, ext. 102
413-203-6241-Direct Line
Enix grew up in Holyoke, MA and currently resides in Belchertown. Prior to joining Mass Humanities, Enix served for 15 years as the Senior Manager at the Ronald McDonald House Charities of Connecticut and Western Massachusetts. She was an Adjunct Professor at BayPath College and Springfield Technical Community College. Enix received a Master’s degree in Nonprofit Management and Philanthropy, along with a certification in Strategic Fundraising, from BayPath College. 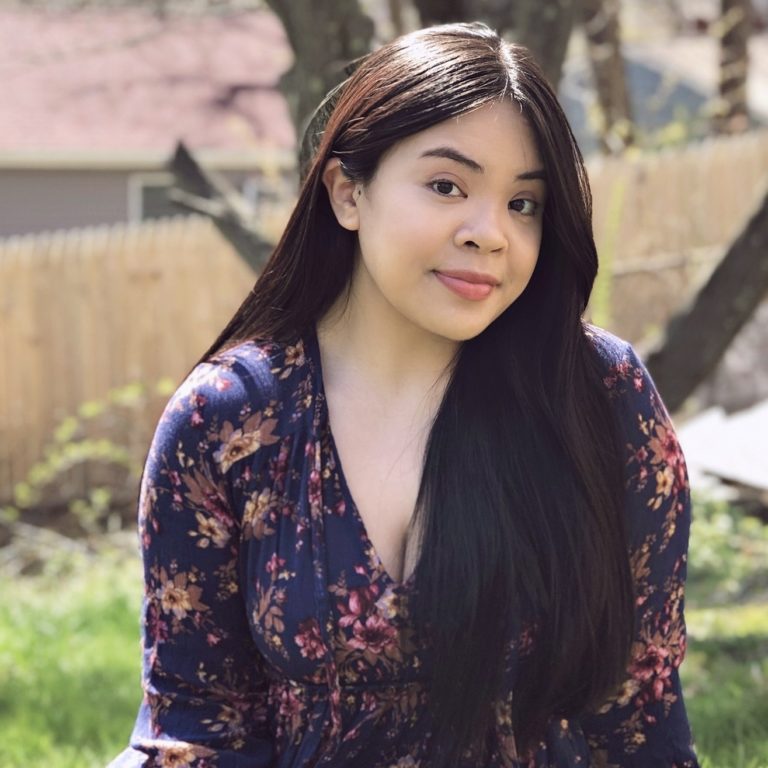 In 1965, Congress passed the founding legislation of the National Endowment for the Humanities (NEH). This eloquent document states clearly:

Democracy demands wisdom and vision in its citizens.
It must therefore foster and support a form of education, and access to the arts and the humanities, designed to make people of all backgrounds and wherever located masters of their technology and not its unthinking servants.

We take that message to heart at Mass Humanities. As the state affiliate of NEH since 1974, we have partnered with local non-profit organizations to bring history, philosophy, and literature into the everyday lives of people in communities across the Commonwealth. From Adams to Provincetown, Springfield to Boston and everywhere in between, we help people celebrate their stories, reflect on issues in their neighborhoods, and imagine the future for themselves and their families.

Mass Humanities receives major support from NEH and the Mass Cultural Council as well as our generous private donors. A private 501(c)3 non-profit organization, Mass Humanities is committed to responsible stewardship of public and private resources through the guidance of our statewide board of directors and the creative, efficient operations of our Northampton-based staff.

We are bringing ever more humanities programs to a wider audience in Massachusetts. You can help extend the power of the humanities with your contribution and involvement.

Sign Up for Our NewsletterGet monthly updates about upcoming events, grant deadlines and humanities news.
Find an EventAttend one of our grant- or program-funded public events across the state.
Scholar Participation FormParticipate in Mass Humanities-funded projects.
Online DonationsYou can also support Mass Humanities financially by contributing online.
Board NominationsNominate a Massachusetts resident to serve on our statewide Board of Directors.

Are you passionate about the humanities and want to help bring them to life in Massachusetts? We may be looking for you to join our team.