Reassessing the Language of Mass Shootings 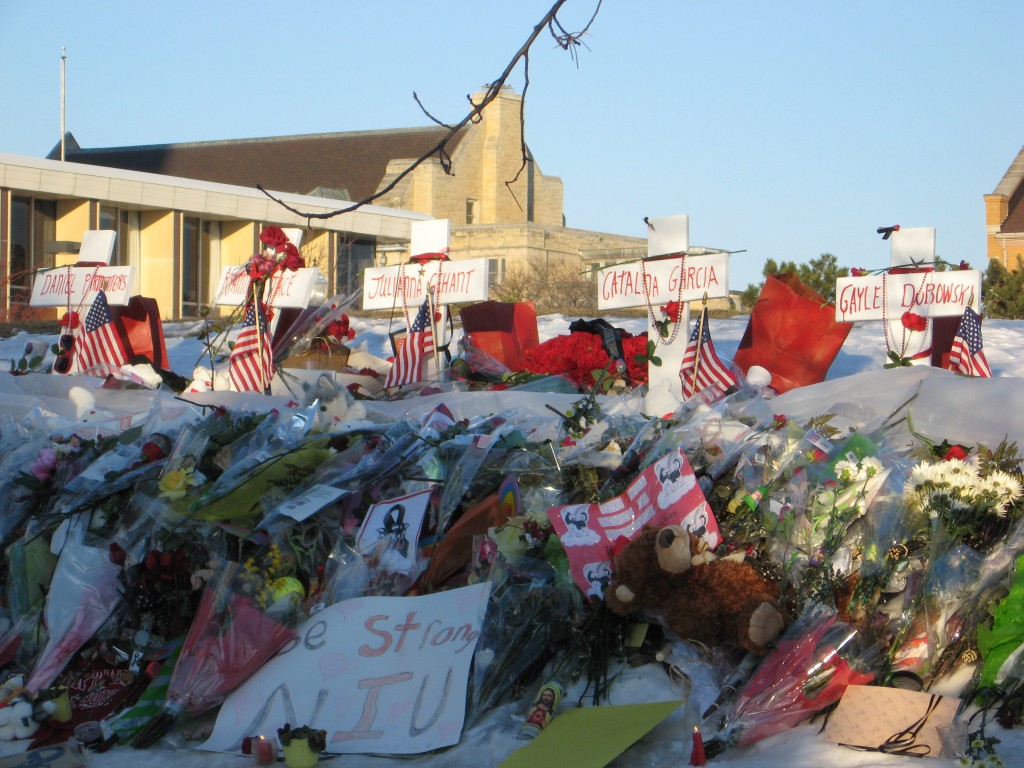 Mass shootings are often described as “tragedies.” When former First Lady Michelle Obama discussed in her recent autobiography the 2012 murder of 20 children and six of their educators at Sandy Hook Elementary School in Newtown, Connecticut, she wrote, “Usually, work was work and home was home, but for us, as for many people, the tragedy in Newtown shattered every window and blew down every fence.”

Similarly, the Associated Press reported on how the Las Vegas community “marked the anniversary of the tragedy,” referring to the 2017 mass shooting at a country music festival at which 58 people were murdered and close to 500 wounded. The American Public Health Association responded to the murders of 11 people at the Borderline Bar & Grill in Thousand Oaks, California by stating, “It is unacceptable that preventable gun violence tragedies have become so frequent.”

In perhaps the most heartbreaking official response to a mass gun murder in the U.S., President Barack Obama, tears streaming down his face, spoke to the community of Newtown and said, “We can’t tolerate this anymore. These tragedies must end. And to end them, we must change…We will be told that the causes of such violence are complex, and that is true. No single law, no set of laws can eliminate evil from the world or prevent every senseless act of violence in our society, but that can’t be an excuse for inaction. Surely we can do better than this.”

We can do better, and one way is to change the language we use to describe and come to grips with these atrocities. It can seem like a small point, a linguistic splitting of hairs, but language shapes meaning, and meaning informs action.

Not at all inevitable

When we call a mass murder a tragedy, we create a narrative in which such violence seems inevitable. Any literature student knows that “tragedy” was formalized as a specific theatrical form in ancient Greece, is best exemplified by the play Oedipus Rex by Sophocles, and was defined by the philosopher Aristotle in his Poetics. In its original usage, “tragedy” referred to the suffering of an individual whose “tragic flaw” fated them to fulfill a usually horrible destiny. The protagonist is therefore simultaneously a victim of fate and the agent of his own inevitable victimization. In Oedipus’s case, he tried to avoid his fate but ended up falling victim to it due to his own tragic flaw, in his case pride.

There is no comparison between this and the victims of mass gun violence. What was the “fatal flaw” of the worshippers in Killeen, Texas? Of Charleston, South Carolina, or the Tree of Life synagogue in Pittsburgh? The students and teachers and support staff at Columbine High School, Virginia Tech University, Sandy Hook Elementary, Marjory Stoneman Douglas High School, Umpqua Community College, or Santa Fe High School?

The answer to all these questions is, “Nothing.” The victims of these crimes were not destined to die, but the use of the word “tragedy” means that we accept, linguistically, the idea that these people were, like Oedipus, somehow complicit in their own demise, and that there was, and is, nothing we can do about it, because such events are fated, inevitable. This perhaps unconscious acceptance of our own powerlessness creates passivity. Using “tragedy” to describe mass violence leads us to understand life as an experience that contains events we are helpless to stop, a world in which we are all as blind as Oedipus, left to weep and wail, send thoughts and prayers—passive responses that do nothing of substance to stop the massacres.

It is the same with use of the word “evil” to refer to the perpetrators of mass violence. “Evil” has become a shorthand term to describe something or someone who does something morally wrong, but the word comes with a long history of religious and moral subtext, particularly of the supernatural. The word is commonly used within the realm of morality and religion to describe otherworldly forces uncontrollable by humans. In the Christian Bible, for example, evil is a constant threat that humans must overcome: in Ephesians 6:12, humans must “struggle not against flesh and blood, but…against the powers of this dark world and against the spiritual forces of evil in the heavenly realms.”

But mass murderers do not possess supernatural powers. They do not scratch at our windows at night. Mass murderers choose to kill people for many reasons, but none of them were driven by an uncontrollable supernatural force. When we describe them as “evil,” we, again unconsciously, turn them into people who commit murder because of some spiritual lapse, some severe moral flaw, rather than being criminal actions carried out by “ordinary men” (to borrow Christopher Browning’s description of Nazi mass murderers), truly banal human beings, as Hannah Arendt described Adolph Eichmann.

We can change this by referring to “mass shootings” as “mass murders”—and murder is a crime. The perpetrators of this violence should be called criminals, not “shooters” (a term that places the murderer at the center of the narrative rather than the victims who deserve our attention). Use of the term “crime” rather than “tragedy” also places these massacres in a different realm: instead of the language of inevitability and powerlessness, we can frame our discussion in the realm of the law, which is a social and civic problem, not a religious or moral one, and which people believe they can control or prevent—not the case with “tragedy” or “evil.”

Perhaps this small change in terminology can create a different response other than passivity, allowing us to create proactive solutions to the problem of mass gun violence in the U.S. If we don’t, we will then be the agents of our destruction, like Oedipus, blind to the true meaning of mass murders, and to our own role in their perpetuation—and that would truly be a tragedy, because we would be the ones who failed to stop them.