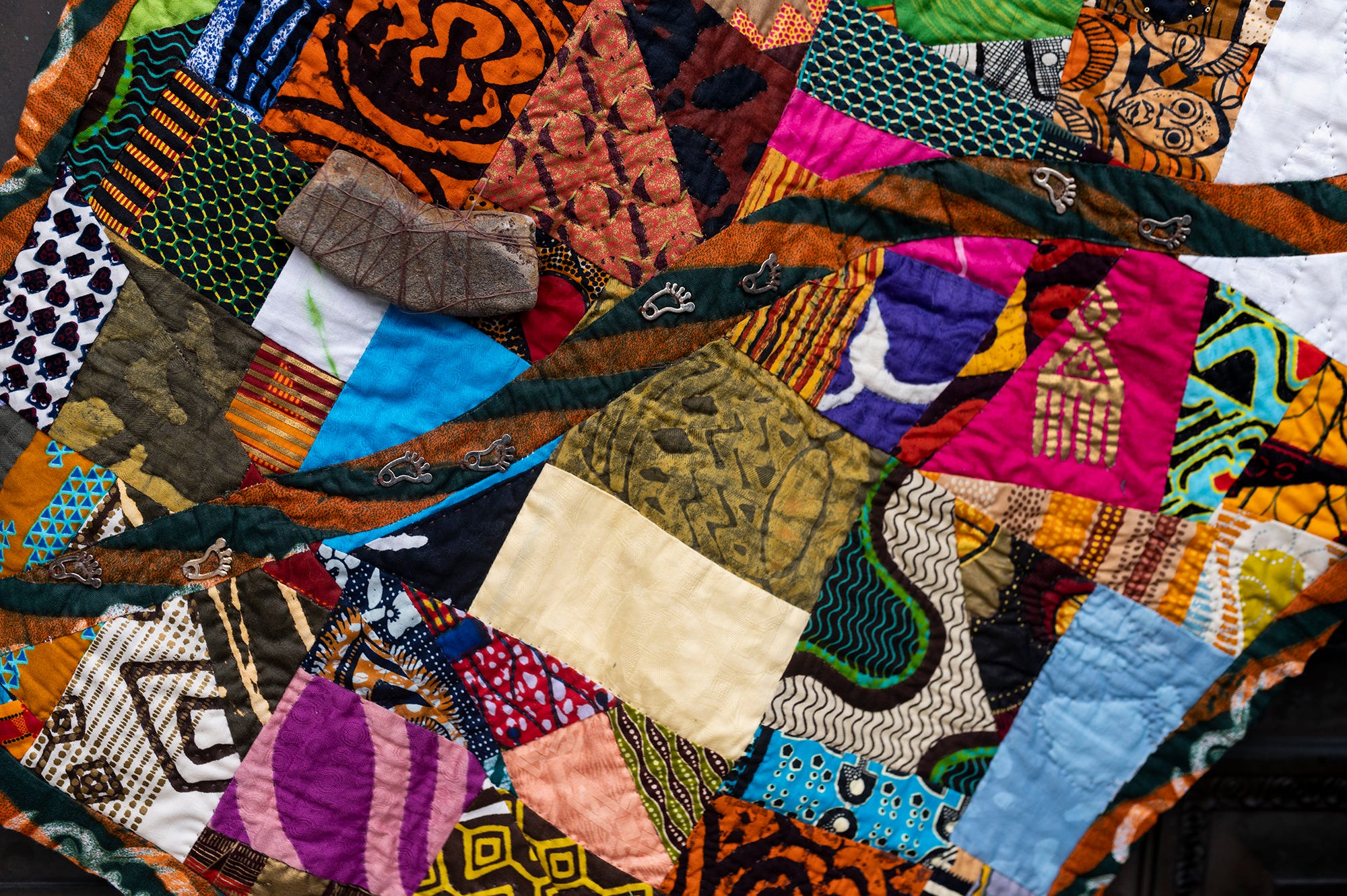 Clemente found me in 2018 via a brochure at the Worcester Art Museum. I could not believe that there was a place to take college level classes for free, especially for a woman in my age group, too young to be a senior. I don’t have a degree, although I have completed many college classes. I never knew what I wanted to do when I grew up. Having my daughter, my husband and I focused all of our energy on her, on making sure she had the best education that we could afford.

Everyone was very happy for me when I decided to sign up for Clemente. I’m considering going back to school to get my degree, and Clemente has helped me narrow down the kind I want to pursue, likely art history or creative writing. I have a sister who is going back to get her doctorate and she is envious of the classes I’m taking. Since before my Clemente experience, I have traveled the country lecturing about my ancestors. Clemente has given me the extra boost and validation in knowing who I am and presenting myself with more confidence.

Donate to the Clemente Writing Course

Clemente, for me, is the gift that keeps on giving. It truly is. Before taking the Clemente Course, I’d never taken a philosophy class. I love to read, but I never wanted to read philosophy. I couldn’t grasp what it had to do with anything going on in the world. It’s not like science; you never come out with a concrete answer. But as I worked with people from different backgrounds in Clemente, it started to make sense. By the end of the philosophy class, I realized it’s about how you perceive life. It’s about personal morals and what you believe in life. I will never shy away from another philosophy class.

Before COVID, I would go to the library to write my papers and would send them in from there. I really loved the library. I don’t have cable or internet at my house. So when the pandemic hit and we had to go online for classes, I was going to my mother’s home for the classes. I do have a hotspot now and can communicate better.

I’m African American. I’m German. I’m the first American-born citizen on my German mother’s side of the family. Over the years, my husband and I helped raise children from all around the world including students from foreign exchange programs. The children I’ve had in my daycare included the poorest of the poor and the affluent middle class. I feel honored that I have been able to take care of children from all walks of life.

I titled my essay in the We, Too, Are America anthology, “Cloth Has Given me a Voice,” because that is literally true. Years ago, I was a very shy person, focused on helping others and being in the background. Around 2007, my quilting guild was asked to give a presentation for MLK Day and to connect MLK to African American quilting at The Governor’s Academy in Byfield. I did a PowerPoint presentation, which surprised me as much as it surprised everyone who knows me. I’m an old fashioned person, not very good with computers and technology. Give me a typewriter and a pen and paper and I’m good to go. But a friend and I did the presentation and spoke in front of 400 people for a half hour. I found the power to do this because I was speaking about something I love, which is my family’s history, African American history, and quilting.

The essay is about my ancestor, a man named Venture Smith, who was sold for 4 barrels of rum and a piece of calico. People assume slavery to be about the South, but Venture was a slave in Connecticut. His legacy continues to set an example for all to model. I have a very rich family history documented in slavery. Venture was from my paternal grandfather’s side of the family. My paternal great-great grandmother was a slave also, and the emancipation papers are still in my family.

My mother is a trained fashion designer from Germany, and by teaching me how to sew, she helped me appreciate all kinds of fabric and their history. She was born before World War 2 started and her family were war resisters, friends and allies of Jewish families. They were forced to flee Eastern Germany. Her country doesn’t exist anymore, because it’s now part of Poland.

As African Americans, we have much working against us in the United States that makes it hard to show our worth and make it in the world. Protests make the news, but that kind of activism is a part of our daily lives. Every day we wake up and have to face danger. We have no idea what’s going to happen that day because of being African American. Taking the Clemente Course, you realize we aren’t the only people going through this, but we are the only people who’ve been here for 400 years who are going through this. We are feeling the ramifications of slavery 400 years later.

I always say that you can’t complain unless you vote. I feel the same about Black Lives Matter and protest. I am a peaceful protester. I have collaborated with other artists to create two quilts that were made specifically to peacefully advocate against state sanctioned violence. The story quilts that I create are to protest against social injustices and to make people aware of the many BIPOC in the United States and the African diaspora who have yet to be acknowledged in the history textbooks in our public schools in America.

Susi Ryan is an author, lecturer, fiber artist and activist for social justice. She is the co-founder and current president of Sisters In Stitches Joined By The Cloth, Inc. www.sistersinstitches.org. She is an associate of Inspired By Courage founded by Regina Mason and a State Representative for HACSA, History and Cultural Society of Africa and it’s diaspora, founded by Johanna Svlankier, in Ghana. Susi is also a member of CSA (Community Supported Agriculture) and works as a farm share worker at Cotyledon organic vegetable farm.

Susi has been married to her husband, Robert, for 40 years this May. She has one daughter and one grandson. Susi was born in Hartford, Connecticut, but her family moved to Martha’s Vineyard in the early 1960’s and eventually to Worcester, MA. She graduated from Burncoat High School and has studied at UMASS Dartmouth, Quinsigamond Community College and Clark University. She is a 2019-2020 Clemente graduate and Worcester Clemente Advisory board member.