“The Same Sense of Wonder” – An Interview with Annette Gordon-Reed 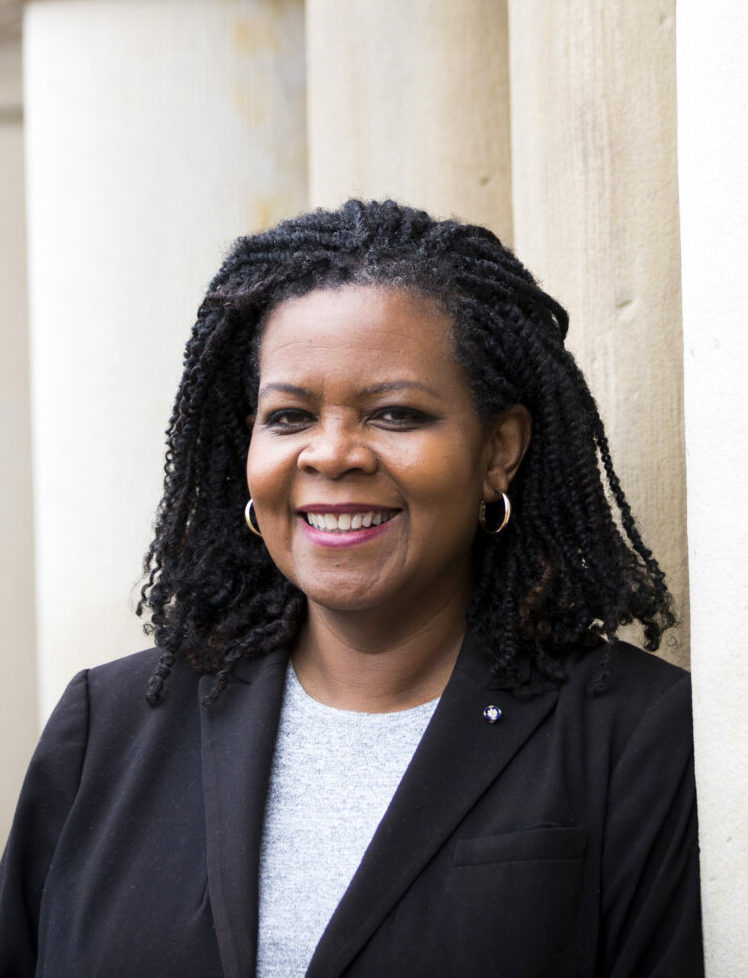 Can you tell our readers the condensed history of your life so far?
I was born in Livingston, TX, and grew up in Conroe, TX. I went to Dartmouth College and Harvard Law School. I married my HLS classmate Robert Reed. We moved to New York, where we live now. We have a daughter and a son. I practiced law for seven years, then went into academia. I taught first at New York Law School and Rutgers-Newark. I came to Harvard in 2010.

How were you introduced to the humanities as a young child?
My mother read to me. She also insisted I take piano lessons.

What (or who) led you down the path toward your career as an author, historian and educator?
I think the love of reading set me on this path.

You write extensively about Thomas Jefferson and the Hemings family- many of whom were the former president’s slaves. What initially drew you to him? And the Hemings?
I read a child’s biography about Jefferson and life a Monticello when I was in the third grade. I read about the Hemingses when I was about twelve. I was interested in a person who loved to read as much as I did. Also, in the idea of a person who wrote the Declaration of Independence, but who also enslaved people. The Hemingses interested me because they were a family that lived in slavery at this one place for almost fifty years, with complicated family ties to the people who enslaved them.

In your research, you uncovered some highly controversial facts related to Jefferson and Hemings’ relationship, most notably that Jefferson fathered seven of Hemings’ children.  Did you face pushback from other Jeffersonian historians? If so, how did you navigate that?
I had some pushback, but not as much as I anticipated I would have. Most people in the country had no problem with the story of Hemings and Jefferson. It really was more a matter of historians. The DNA tests that corroborated what I said were very helpful.

What do you think about the term “historical revisionism” as it relates to our country’s current struggle with misinformation/questioning of proven facts?
History is always being revised. People don’t like it when there are new and different questions asked about material that they feel is familiar to them. It’s a process that has to be, given that we always find new information and new ways to look at material.

How do you think future historians will write about this time in our country’s history?
With the same sense of wonder that we have when we look back on times gone by. People in the past are different but, in some ways, they are very similar. That combination throws us off sometimes. The same will happen in the future.

In past interviews, you’ve discussed the importance of learning about and sharing the stories of enslaved people and other marginalized members of society. How do you think the humanities can help us share stories of underrepresented people today?
Well, we learn about people though so many different media; not just history books. Fiction, music, painting, sculpture all can give valuable information about people who did not have the chance to make the kinds of records on which historians typically rely.

In your current book, On Juneteenth, you explore the origins of Emancipation Day and the impact that African Americans have had on Texas history. Can you share why you chose to write about Juneteenth through personal essays rather than a strictly historical lens?
I thought it would be more affecting, reach more people, if I approached the subject of Texas through a personal lens. People are interested in people and, for many, hearing from a living person the connections to history that informed his or her life can make that history more meaningful.

It has been a turbulent year, both politically and socially. How do you think the Humanities can help us navigate these times of uncertainty? They remind us that there have been turbulent times before, and we weathered them. We can imagine there was a placid past, but if you look hard enough – maybe even not that hard—you can see that societies are almost always being roiled by one issue or another.